All we ever hear now is how bad gluten can be. Is it true?

Does everyone all of a sudden have a gluten sensitivity?

And if so, does this sensitivity cause thyroid problems?

That's exactly what we are going to discuss in this article.

Gluten is a group of proteins found in wheat and has been associated with a wide variety of symptoms and ailments.

Where is gluten found?

The most common foods that contain gluten include:

Well, there's specific foods that contain gluten, but the reality is, gluten is now found in many common foods including:

Then there's common household products that you're not eating (hopefully not) but contain gluten:

As if the list above wouldn't get you, there's also something called Cross-Reactivity.

When you are gluten sensitive your body is creating antibodies against gluten.

Those same antibodies can also recognize proteins in other foods that have similar structures and mimic the reaction they have to gluten.

Which non-gluten foods you may react to will depend on the antibodies your body has formed against gluten.

Some of the more common “cross-reactive” foods include:

So as you can see, Gluten is in a lot of stuff.
This is why it's important to truly know if you have a sensitivity.

First off, several studies show a strong link between autoimmune thyroid disease (both Hashimoto’s and Graves’) and gluten intolerance. [1, 2, 3, 4, 5]

The link is so well established that researchers suggest all people with autoimmune thyroid disease (AITD) be screened for gluten intolerance, and vice versa.

But wait… not all gluten intolerance testing is the same! So if you've been tested, make sure it was the right kind of testing (more on that later).

How is gluten connected to thyroid problems?

As in all autoimmune diseases, it’s a case of mistaken identity.

Autoimmunity occurs when the body mistakenly decides to attack itself.

In the case of gluten, it's likely due to the protein called gliadin.

The molecular structure of gliadin closely resembles that of the thyroid gland.

When gliadin breaches the protective barrier of the gut, and enters the bloodstream, the immune system says, “Hey, you don't belong here!” and sends its forces (antibodies) to attack it.

These antibodies who are seeking and destroying gliadin will also mistakenly attack the thyroid because they look very similar.

This means if you have AITD and you eat foods containing gluten, your immune system will most likely attack your thyroid.

Even worse, the immune response to gluten can last up to 6 months each time you eat it.

This explains why it is critical to eliminate gluten completely from your diet if you have AITD.

Let me repeat, being “mostly” gluten-free isn’t going to cut it.

If you’re gluten intolerant, you have to be 100% gluten-free to prevent immune destruction of your thyroid.

Recently a 2019 paper found that a gluten-free diet for 6 months was necessary to bring clinical benefits to women with autoimmune thyroid disease. [6]

Are You Gluten Intolerant?

So how do you know if you’re gluten intolerant?

Based on articles published in scientific journals, between 30 and 50 percent of patients diagnosed with Celiac disease receive a false negative test result when measuring via standard labs.

Most standard labs will test for antibodies to gluten in the bloodstream.

But antibodies in the blood will only be found in cases where the gut has become so permeable that gluten can pass through.

This is a relatively advanced stage of disease.

Blood tests will miss the many milder cases of gluten intolerance that haven’t yet progressed to that stage.

That’s why most experts on gluten sensitivity agree that the only reliable test for gluten intolerance is a “gluten challenge.”

This involves removing gluten from the diet completely for a period of at least 30 days (though preferably three months), and then adding it back in after that.

If symptoms improve during the elimination period, and return when gluten is reintroduced, a diagnosis of gluten intolerance can be made.

However, for many people a gluten-free diet isn't enough.

Some grains that don't contain gluten, such as those I wrote about earlier in this article, contain proteins that are similar enough in structure to gluten to elicit an immune response.

One reason gluten intolerance goes undetected in so many cases is that both doctors and patients mistakenly believe it only causes digestive problems.

But gluten intolerance can also present with inflammation in the joints, skin, respiratory tract and brain—without any obvious gut symptoms.

This is also why gluten sensitivity can be related to other chronic health conditions such as Multiple Sclerosis, Arthritis, Dementia, Depression, ADD/ADHD and Hormone Imbalance.

This is exactly why I recommend getting tested for gluten sensitivity from Cyrex Laboratories.

If you really want to know if you're gluten sensitive or intolerant, then the Cyrex Array 3 test is what you should consider getting.

Not everyone is gluten sensitive, but if you suspect any type of autoimmune condition, especially Hashimoto's or Graves', then avoiding gluten is a solid choice.

The good news – by removing and avoiding gluten in your diet, you can absolutely improve your health and reverse autoimmune thyroid conditions. 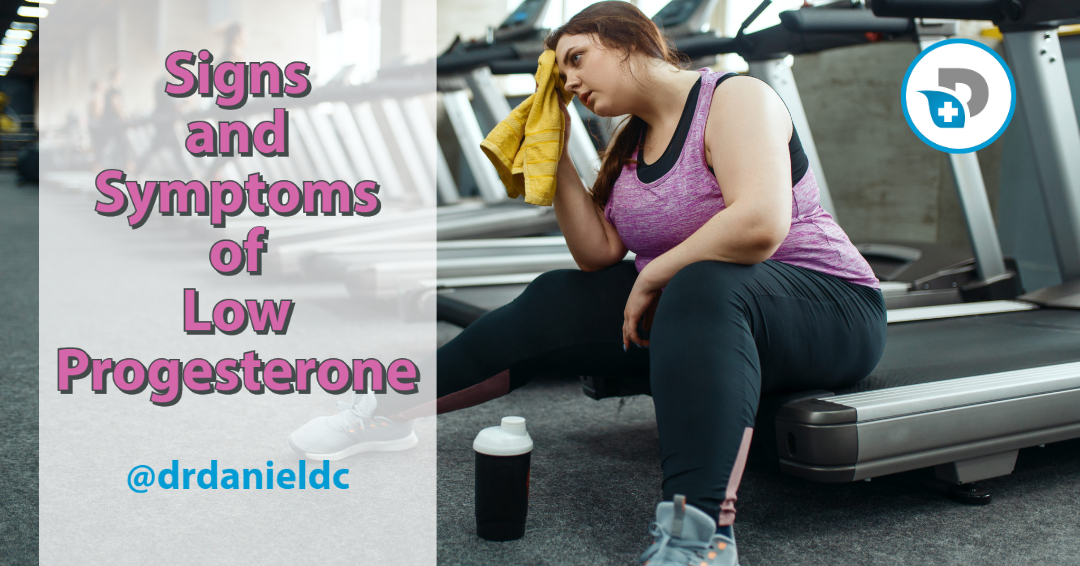 Signs and Symptoms of Low Progesterone

The Most Common Missed Factors in Treating Thyroid Disease