Why Your Digestive System is Where Health Begins

Introduction to the Digestive System

The role of your digestive system and its contribution to health and disease should be the cornerstone of all treatment.

The average human being will consume 30 to 50 tons of food and become host to more microbial cells in the gut, than human cells in the entire body.

We all know that achieving Health has much to do with Nutrition and optimizing nutrient intake, but simply eating the right food does not mean you'll fully digest and absorb it.

The GI tract is tasked with the responsibilities of extracting the appropriate nutrients we need to thrive, maintain an appropriate balance of healthy bacteria and decide what is to be excreted.

Because of the association between the GI tract and the rest of the body, dysfunctions in the gastrointestinal tract can lead to many, seemingly unrelated, chronic health conditions that can really only be addressed by improving gut health.

There's a reason why the most common phrase used with Functional Medicine, Naturopathic or integrative medical communities is “Health the Gut First!”.

In fact, nearly every major physiological system of the body is directly connected to the gut.

Let's discuss a few of the major connections…

Whether it's mood disturbance, depression, anxiety, panic attacks, behavioral problems or cognitive decline, not addressing the Gut would be a major mistake in attempting to treat these conditions.

It’s interesting when we address bacterial over growths in patients, there is a dramatic change not only in overall health, but mood disorders as well.

This is due to the strong connections between the Gut and the Brain.

Most brain disorders such as depression and anxiety are thought to consist of imbalances in brain chemistry such as serotonin, dopamine and GABA.

Did you know that over 90% of Serotonin is produced within the gut? It also turns out that dopamine and GABA are heavily influenced by the microbiome. [1, 2]

The connection is particularly strong with autism.

Up to 84 percent of children with autism have gastrointestinal symptoms, and there’s a strong association between autism and gut disorders such as celiac disease. [3]

Studies have also shown that intestinal permeability and bacterial overgrowth or abnormal bacteria in the intestine are more common in autistic children than healthy children without autism. [4]

The anecdotal experience of thousands of parents around the world and my own clinical experience suggest that children on the autism spectrum often respond very well to interventions that improve gut health and reduce gut inflammation.

So either way you look at it, there is a very intimate connection between your gut and your brain starting all the way back to when you were just a few cells in the womb.

The nervous system is the very first system to develop in the body and it actually hardwires itself into your gut through what is known as the enteric nervous system (ENT).

The ENT plays a large role in relaying information to the brain about what’s happening in your gut, which helps control secretions and blood flow to allow you to properly digest and absorb your food.

Several risk factors have been identified for the development of cardiovascular disease.

It's now well established that patients with heart failure have both structural and functional changes of the gut. [5]

Aside from the obvious impacts of the digestive system on risk factors of heart disease such as obesity [6], cholesterol [7, 8], toxic burden [9], inflammation [10] and nutrient deficiency [11], the digestive system contributes to heart disease via dysbiosis [12], small intestinal bowel overgrowth [13], underlying chronic infections [14, 15, 16, 17] and intestinal permeability (leaky gut) [18, 19].

Suffice it to say, in the era of precision and functional medicine, personalized characterization of the gut microbiome in heart disease patients may be useful for individualized risk and treatment decisions.

More than 3,000 distinct types of skin disease have been identified, and skin diseases are extremely common in the industrialized world.

Yet while skin conditions may seem like a fact of life for those of us living in the industrialized world, anthropological studies have found that they are rare or virtually nonexistent in hunter–gatherer cultures. [20]

This suggests that most skin disorders are influenced primarily by environmental – rather than genetic – factors and that changes in nutrition and lifestyle may be sufficient to prevent and even reverse them in many cases.

The skin is influenced by other organs in the body, and this is especially true of the skin and the gut.

As far back as the 1930s, researchers had connected emotional states like anxiety and depression to changes in the gut microbiota, which they theorized promotes local and systemic inflammation and skin disease. [21]

These pioneering early theories have been confirmed by modern studies showing strong associations between skin conditions (like acne, eczema, and psoriasis) and both mental health problems and digestive disease.

So problems with the skin are almost always a symptom of a deeper problem somewhere else (e.g., the gut or the brain), and you can get the best results if you keep that in mind and address both nutritional and lifestyle strategies.

Although our mouth only takes up a small amount of space, when it comes to impacting the rest of your body, it can play a major role in overall health.

We've always known that the mouth is important due to its function (digestion/absorption), but research is starting to shed light on a previously underappreciated player in overall health: the oral microbiome.

The oral microbiome is incredibly complex with the average adult harboring about 50-100 billion bacteria in the oral cavity, which represent about 200 predominant bacterial species and there are specific associations with oral health and disease [22]

It might seem counter intuitive to think about bacteria in your mouth impacting your body as a whole, but studies have linked changes in the oral microbiome to everything from the health of your heart to your chances of having problems with your memory.

In a fascinating study presented at the American Heart Association’s Scientific Sessions in 2012, two daily doses of L. reuteri appeared to have helped keep key cholesterol-bearing molecules in the blood in check. [23]

Another study discussed how our microbiome influences health and ultimately how well we age. In short, there are links between the oral microbiome, aging and alzheimer's disease. [24]

Fatty liver disease has reached epidemic proportions in the developed world, including the U.S. and Canada.

But did you also know that the microbes that inhabit your gut can have a profound effect on the health of your liver and vice/versa?

The short version of this story involves imbalances in the good versus bad bacteria in your gut (dysbiosis), which then triggers inflammation. [25]

This inflammation then leads to a leaky gut and a chain reaction of bad biochemistry which results in inflammation of the liver. [26]

This process is made worse by the fact that there is a direct route from the GI tract to the liver, known as the portal vein.

This portal vein then allows undesirable content in the gut to be deposited directly into the liver, contributing to more inflammation and congestion.

All of this can lead to the development of liver disorders including :

Mechanically speaking, it's the first line of defense when it comes to protecting the body from dangerous pathogens (bacteria, protozoa, fungi, viruses) or toxic substances.

Research points to a bidirectional relationship between the gut and the brain, with the immune system acting as a bridge. [28]

Evidence suggests immune cells can use neurotransmitters to communicate with cells in the nervous system, and that nerve cells may have surface receptors that receive these signals.

We've already discussed all the connections between the major systems of your body and the gut.

It should be clear that alterations in the gut environment are significantly involved in the development of various diseases including GI disease, metabolic syndrome, oral diseases, liver disease, skin pathologies, autoimmune disease, and nervous system disorders. [29]

It should be no coincidence that the gut plays a strong role in the regulation of hormones including both stress and sex hormones.

Another example has to do with our “feel good hormones” such as serotonin and dopamine.

For instance, our gut manufactures about 90 percent of the body’s serotonin and gut conditions (such as leaky gut) throw this production off balance. [31] 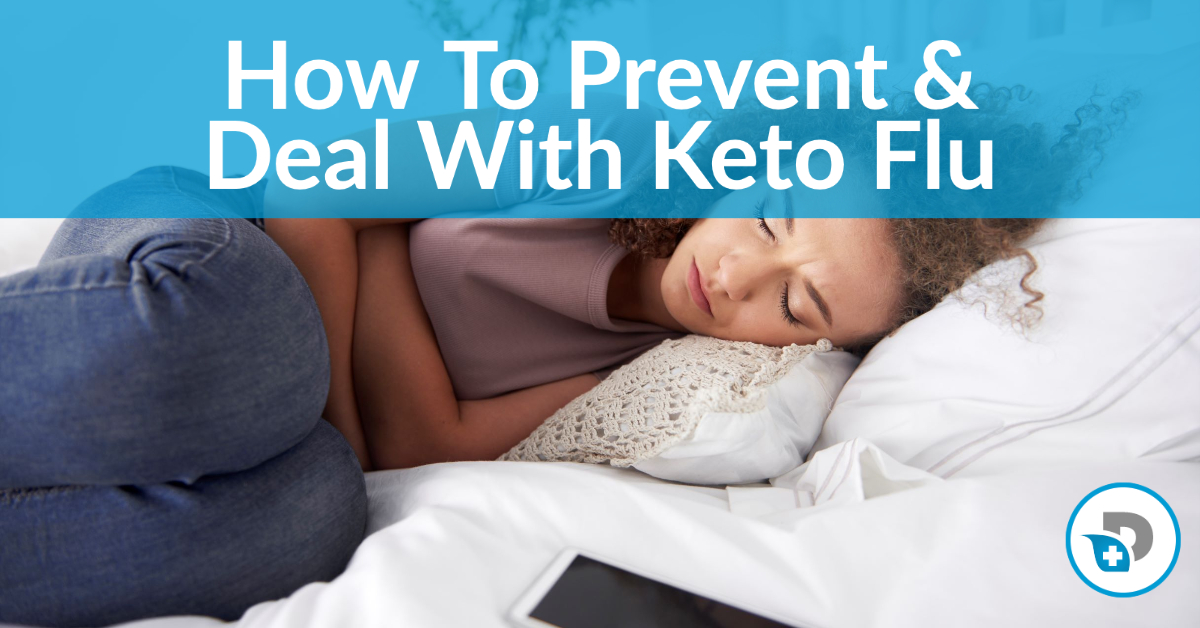 How to Deal with Keto Flu 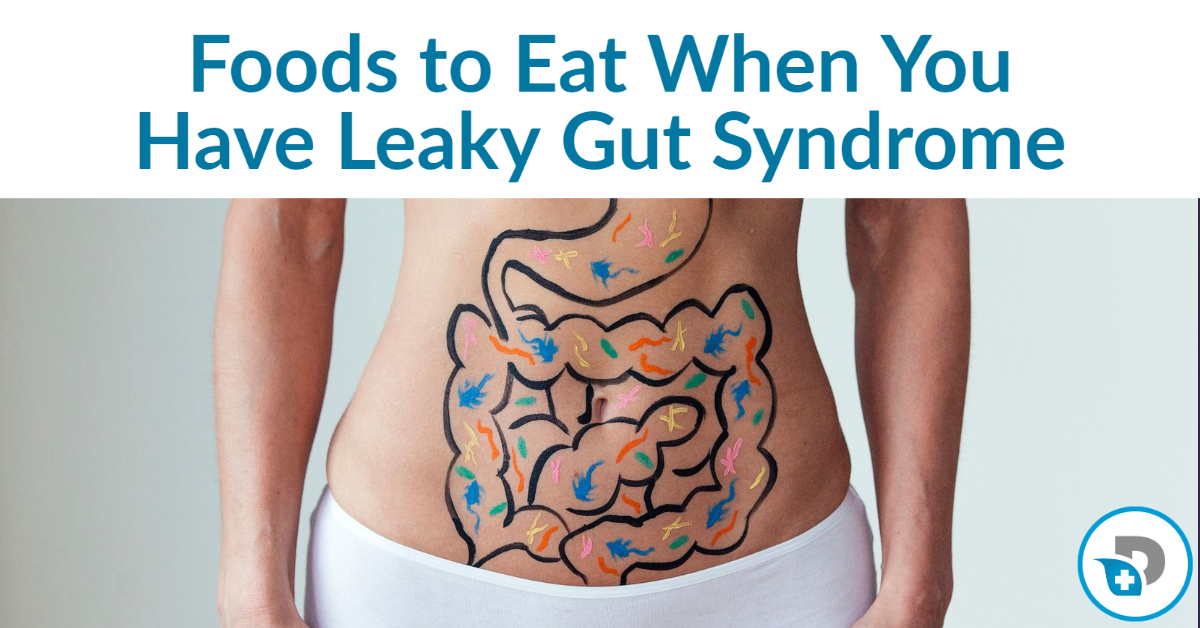 The 8 Best Foods to Eat with Leaky Gut

Foods to Avoid with Leaky Gut